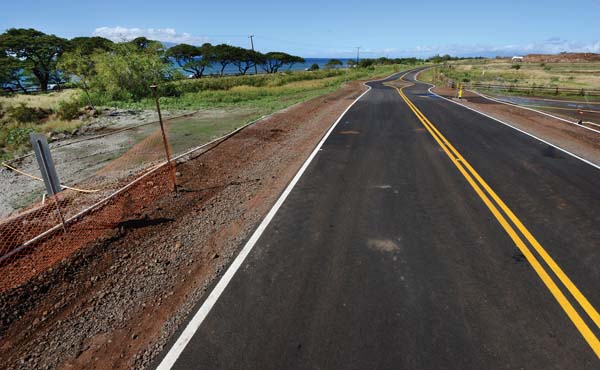 Maui’s pristine beaches and vast inland sand dune system are threatened as a booming construction industry digs out tons of sand to mix for concrete. Jesse Hardman reports on the the fight on the popular Hawaiian island over the precious resource.

Mr. ROB PARSONS (Environment Coordinator, Maui County): We can see the magnificent 30 foot to 40 foot tall dunes of pure, golden sand. We’re also in the face of the breeze of the trade winds that brought the sand here tens of thousands of years ago.

Rob Parsons says more than 2 million tons of inland sand is excavated every year, and the majority of it isn’t even used locally, but gets shipped off to Honolulu.

Cattle Introduction into the Hawaiian Islands

In addition to causing erosion damage to the land, these animals also affected what foreign plants were brought to the Islands. While native koa, `ohia, uhiuhi, elama (native ebony), kauila, halapepe, `aiea, mamane and `iliahi began to disappear, other non-native species were planted as cattle feed. Ranchers introduced fountain grass, native to North Africa, and mullein. After 1905, they introduced kiawe as another cattle feed, a shallow-rooted, thorny tree that is now ubiquitous.